FLAMINGO by teNeues Media features the astonishing work of award-winning Mexican photographer Claudio Contreras Koob. He and co-author Martha A. Salazar tell the story of the Caribbean flamingos in Mexico’s Yucatán Peninsula. The UK edition was published on 1st April 2022. 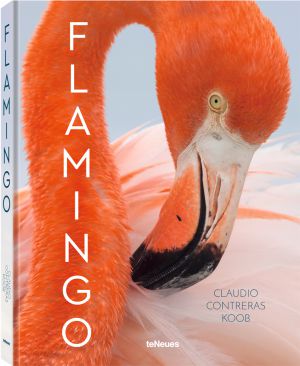 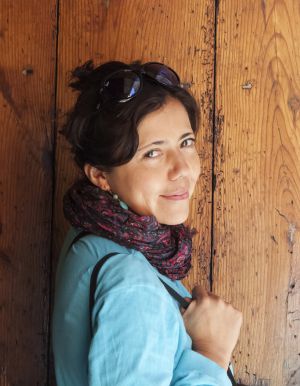 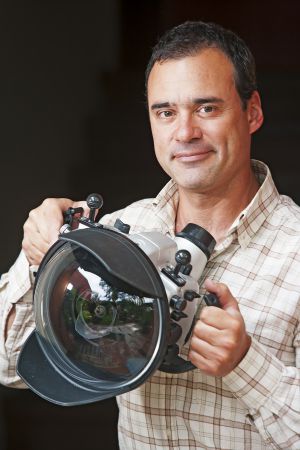 A World of Many Colours

Claudio’s fascination with flamingos began in his childhood when his summers were spent in the Yucatán. He discovered the incredible diversity of wildlife in this near-pristine part of the world, home to these charismatic birds with their eye-catching plumage and displays. He has spent a decade learning about and photographing them: their behaviour, biology and geographical ranges, always mindful of their well-being and comfort while in their presence.

His patience and tenacity paid off: the images he captured of these secretive birds are unparalleled, achieving an intimacy and understanding rarely witnessed let alone photographed. The flamingos’ colourful lives unfolded before his lens: the graceful poses in bright orange that lasted mere seconds; a white flamingo chick just hatched from its egg under the watchful gaze of its parent; the adventures and tantrums of parents and grey/brown youngsters alike as they navigated parenthood and adolescence. All set against the background of the Yucatán with its sprawling mangrove forests and secret freshwater springs known only to the flamingos; the waters in the most intense shades of green, pink, orange and yellow due the algae and tannins within. 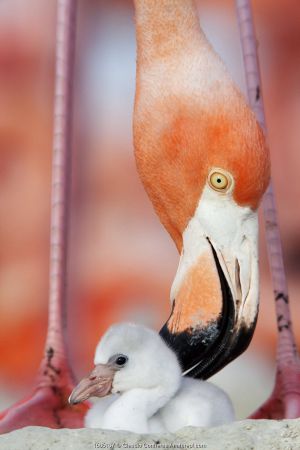 Flamingos are an umbrella species: protecting them and the areas they inhabit will in turn protect countless species and ecosystems therein. As a member of the iLCP (International League of Conservation Photographers), Claudio hopes that sharing the flamingos’ story will encourage others to protect them, a sentiment shared by his long-time friend and fellow iLCP member Cristina Mittermeier who wrote the foreword for this book. 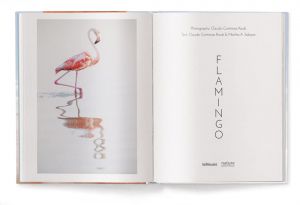 “With breathtaking detail, the book takes us on a journey that follows the lives and lifecycle of the Caribbean flamingo, including insights into their lives, behaviour, and the wetland habitats of the Yucatan in which they dwell.”

Naturepl worked closely with Claudio, Martha and the team at teNeues Media, from presenting the beautifully developed concept to seeing it through to publication and promotion.

Flamingos in Celestun spend their day feeding, bathing and interacting. As nightfall arrives, they depart towards safer, drier parts of the wetland to rest and sleep. 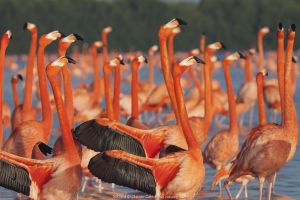 Every year, flamingos gather in the estuary and perform courtship dances. They choose, bond and mate with a partner for the season. By courting at the same time, hormone levels rise together within the flock. Having all the birds breeding in synchrony is a good survival strategy: it may offer would-be predators a large amount of food, but only for a limited time.

After a month brooding a single egg in the nesting colony at Ria Lagartos, an all-white downy chick emerges. Holding the head of its chick between the its body and wing, with the tips of their beaks touching, the parent feeds its chick with crop milk, a blood-red substance produced just for the occasion. 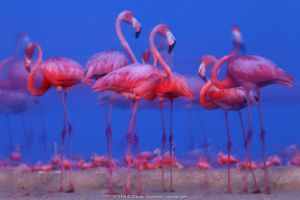 Both parents take turns to care for their single chick. ‘Off-duty’ parents depart the colony – some head for nearby lagoons to feed and bathe while others stay close-by and rest. 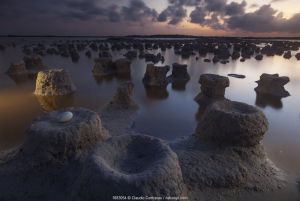 The End of the Season

Soon after the offspring are able to fly, the flamingos disperse. The nesting colony is abandoned. Late breeders also leave; abandoned eggs dot the landscape of empty nests. The same site may be used the following year if conditions are deemed suitable by experienced flamingos.

Browse our gallery to see all of the images from the book.

Order your copy in the UK from Waterstones and Amazon UK and in the US and other territories, from Barnes & Noble and Amazon US

Request a Press Pack if you would like to feature or review the book in your publication. 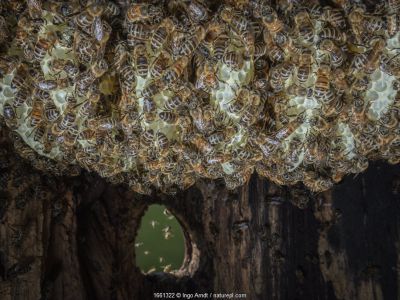 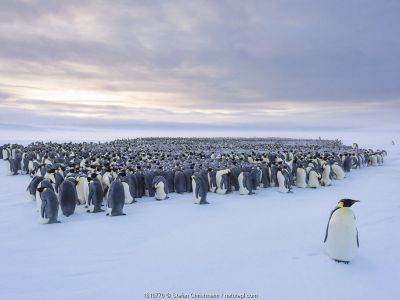 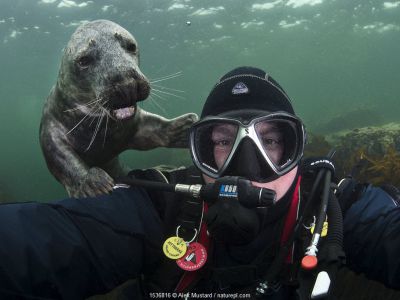 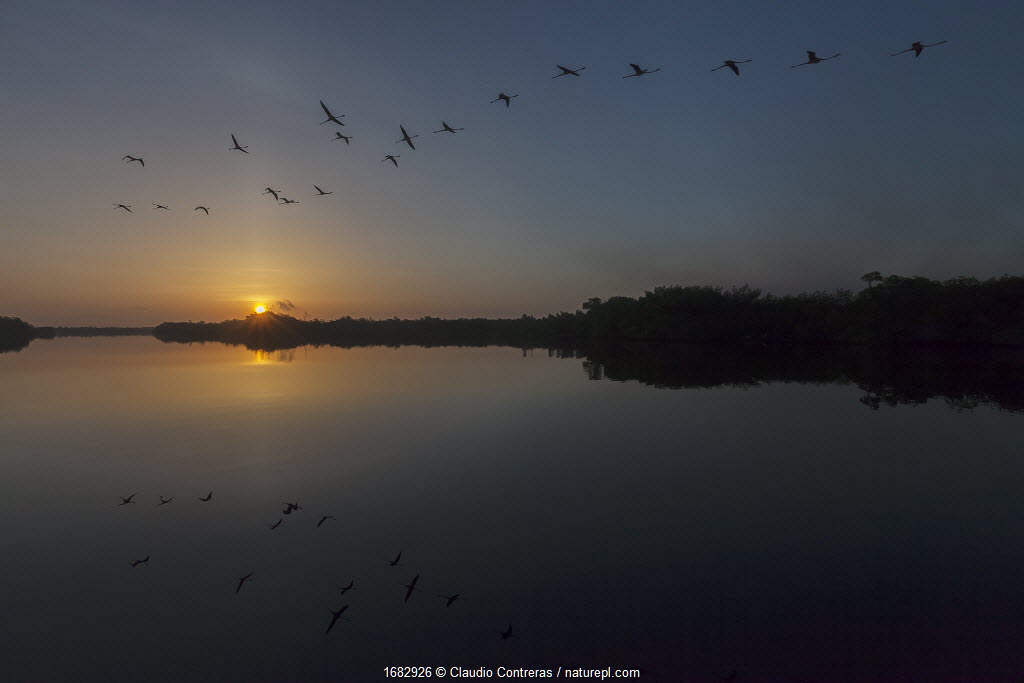 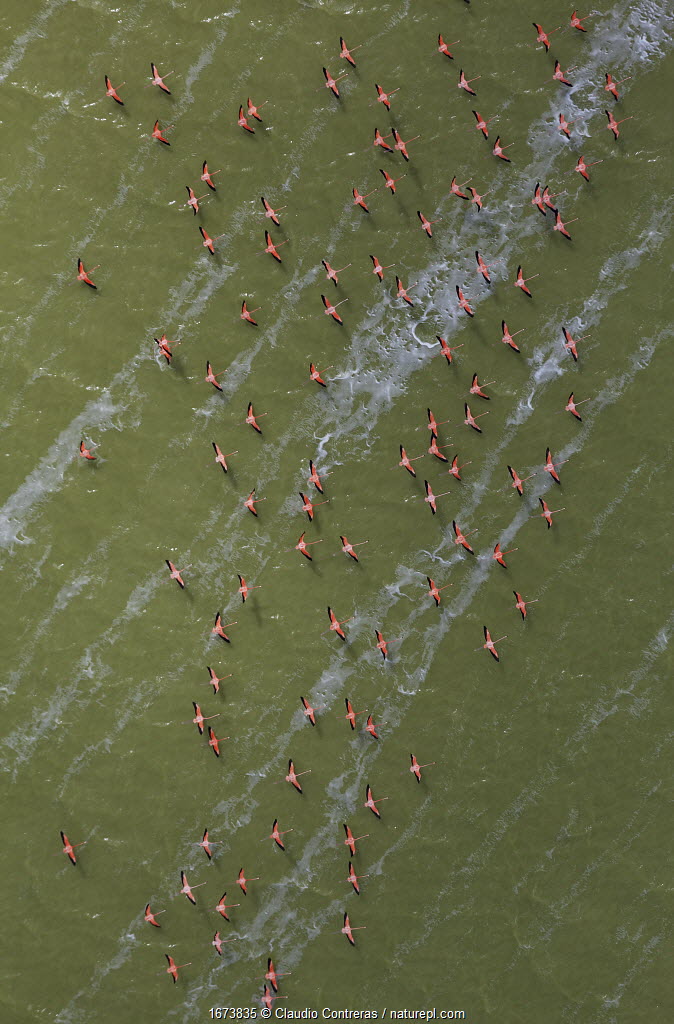 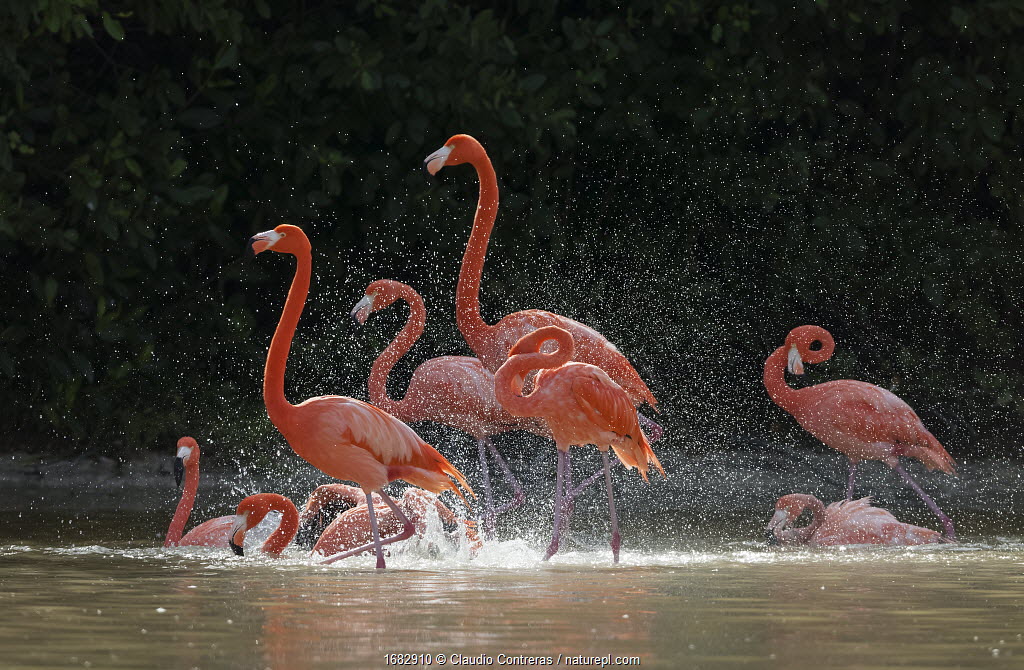 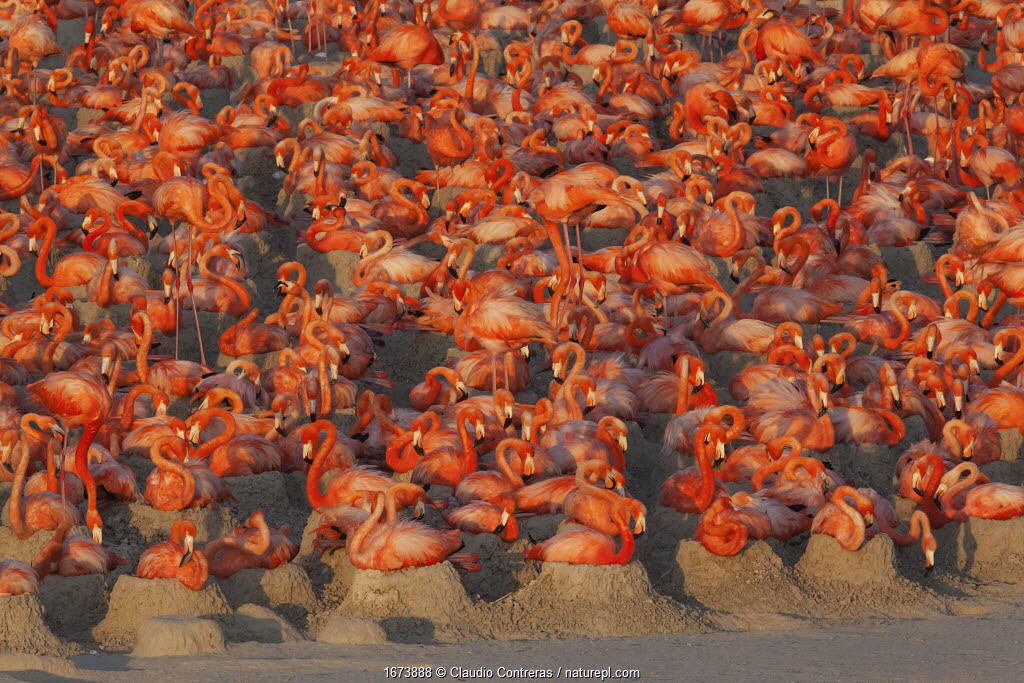 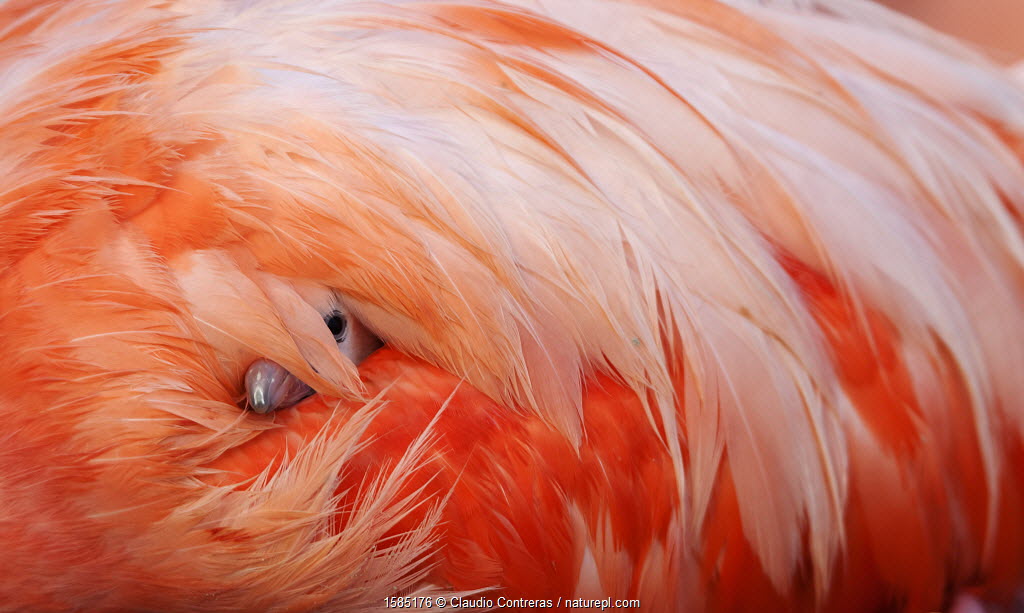 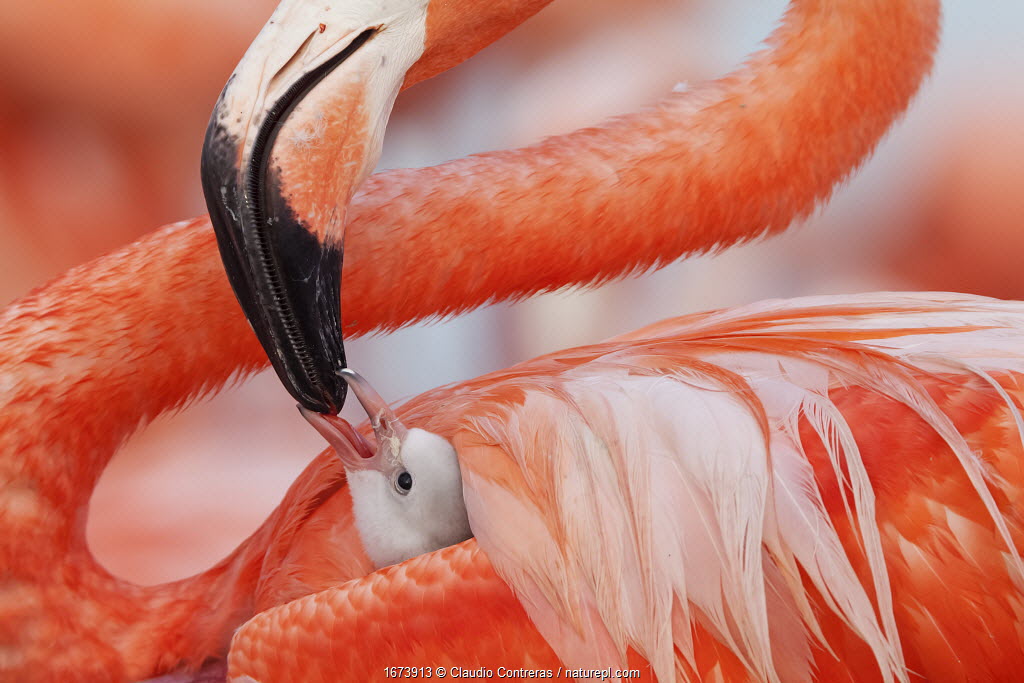 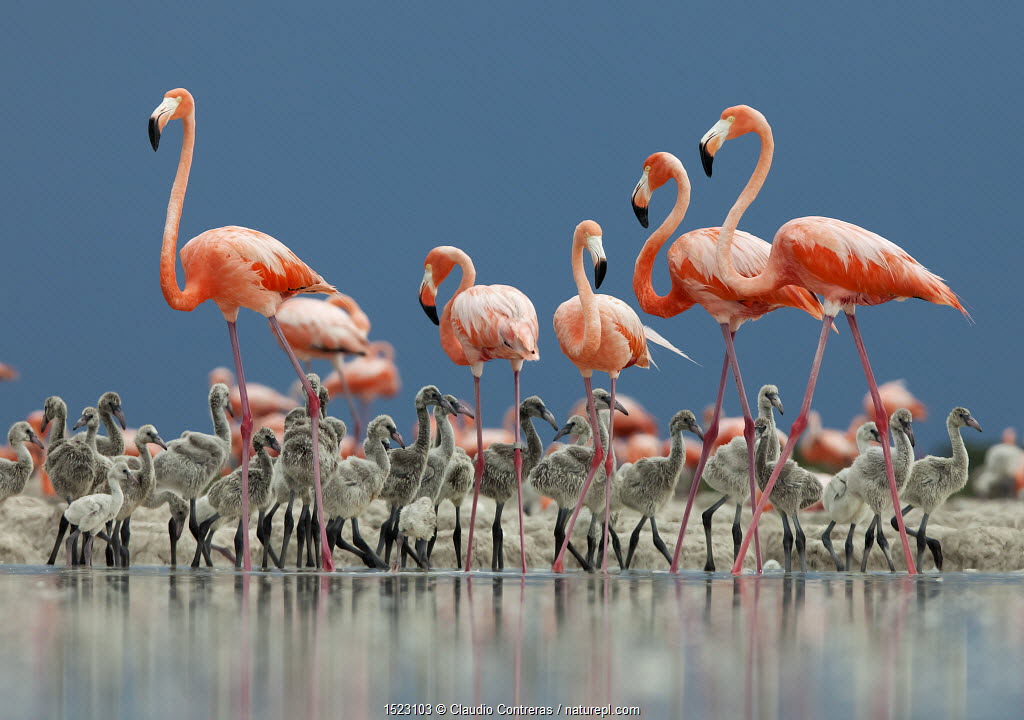