As our 2020 desk calendar mail-out gets underway, we wanted to highlight the stunning images that made it into the final selection. We select 20 images from the thousands that have made it online over the last year, which is quite a task. We’re pleased to present our Christmas Eyecatchers – the 2020 NPL desk calendar edition.

Our calendar is printed locally right here in Bristol, on FSC paper, in an attempt to keep our carbon footprint as low as possible. We use ‘green’ jiffy bags, made from recycled materials, to ensure that the calendars reach their destination in the best condition possible, and we hope wherever possible the recipients are able to re-use the envelopes – we don’t do single use, and hope you don’t either!

For anyone who opted out of receiving a calendar this year, or wasn’t lucky enough to be on our mailing list (we produce a very limited print run!), we wanted to give you a chance to see the gorgeous images and to read the fascinating stories behind them.

‘The sea ice had just frozen over and become solid enough for us to walk on when we made our first attempts to reach the emperor penguin colony at Atka Bay, dragging our very heavy camera equipment across the ice sheet. Temperatures were minus 35 degrees, so the entire endeavour was physically quite demanding. Before we reached the main colony, we found two birds acting strangely. The female constantly lifted her brood pouch, revealing to the agitated male a white object on her feet – a snowball. Apparently this couple was practising either the tricky manoeuvre of passing the egg or simply balancing the egg on their feet, using a snowball as a prop. The implications of this behaviour were remarkable – emperors seem to have the ability to plan ahead and practise for an upcoming event in their life – handling the fragile egg.’ (below left)

‘I was on a whale watching trip in the Sea of Cortez, Baja California, Mexico. A dead-calm sea offered fantastic whale-watching opportunities. The fin whales were feeding on plankton, which migrates vertically from depths during the day. Only with a drone can you appreciate how enormous their mouths are as they lunge feed at the surface, taking in vast quantities of sea water and plankton, which they then filter out through their baleen plates. Watching from a boat, I could see that something exciting and unusual was going on, but it was not until I launched the drone that I appreciated just how exciting – it was mind blowing!’ (above right)

‘This black and white ruffed lemur was photographed in a private reserve in Madagascar. The lemur is one of many rescued animals that come from the illegal animal trade and are given a ‘second chance’ here. They roam in a forest on a small island, although because of their lack of fear for humans they will not be released into the wild again. This one approached us without fear. As the light was already strong I exposed for the white clouds in the sky and added flashlight to illuminate the animal. I looked for a pleasing composition and positioned the camera under the lemur to include the surrounding trees and the sky. To capture all of this I used a wide-angle lens. As they spend their lives up in the trees they are very acrobatic and often hang upside down.’ (below left)

‘I really love snow leopards and have devoted several years to photographing them in the wild. This photo was taken in Mongolia, in the Altai Mountains. The female snow leopard had caught a large male Siberian ibex and came to his remains for several days in a row to eat. Usually she came at night, but just once – on March 8, International Women’s Day – did she present me with this gift of arriving in the afternoon and allowing me to take her picture. I was very happy, because I had spent five days in a tent at minus 25 degrees waiting for her arrival. I call this picture Princess of Altai.’ (above right)

A Carpet of Bluebells – Ernie Janes

‘I have been photographing bluebells for 50 years. Who could resist? Having tired of my usual efforts, I decided to approach the blue mass from beneath some beech trees (which also avoids any trampling). That’s when I saw the possibilities offered by a hanging branch of fresh green leaves and the bluebells beyond. The light was perfect and it was just a case of moving around until I found the composition that worked.’ (below left)

‘On the tiny island of Eleuthera in the Bahamas, lemon shark pups take refuge in a small creek. The clear, flowing water is lined with mangrove trees, keeping the pups hidden from larger sharks. Lemon sharks are the first shark species proven to return to their birthplace in order to breed and give rise to the next generation (a strategy called natal philopatry). Over the last 7 years I have spent hundreds of hours camping out on a beach at the edge of the creek. The area isn’t without its challenges. You can only shoot at high tide and you are constantly battling the sun and the insects. It can take several hours or, sometimes days, for the sharks to be comfortable enough with you before they come close to your camera, so I was delighted when this pup approached me through the mangrove leaves.’ (above right)

The Strength of Family – Anup Shah

‘Maasai Mara, Kenya. Early afternoon. A dirt hole. I see a family of elephants heading toward it. In anticipation, I survey the dirt hole, make preparations and wait. The elephant family obliges. It stays for a while as I wait for something special to occur. It happens when a baby inquires with its trunk what its mum is ingesting. The picture has several interpretations, but I like to think that it represents family bonds since elephants are renowned for them.’ (below left)

‘Baxter State Park encompasses over 200,000 acres of wilderness in northern Maine, United States. It was June, and the warm air buzzed with the sounds of mosquitos, black flies and horseflies. After two hours waiting, and battling this aggressive onslaught, I was thrilled to see a female moose appear from the trees on the opposite side of the lake. She had two young calves in tow, and despite being surrounded by their own cloud of biters they were in a playful mood. The family slowly followed the shoreline, feeding on overhanging vegetation and when the bugs got too much they found respite in deeper water. I remained still and quiet, resisting the urge to bat a mosquito from my hand, as the moose moved closer and closer to where I was standing. I spent two hours watching as they fed, and bathed, before they headed back into the forest.’ (above right)

‘Native plants, fruit trees, and various bird feeders make my backyard in Central New York State a magnet for birds and perfect for bird photography, especially in spring. Many of my favourite images have been made there, including this Baltimore oriole enticed by half an orange to perch amid pear blossoms. An eastern redbud tree in full bloom forms the mauve background.’ (below left)

‘The UK is home to 270 species of bee. One of the smallest is Smeathman’s furrow bee, named after the British entomologist Henry Smeathman. Sponsored by the Royal Society in 1771, he journeyed to Sierra Leone onboard a rum-laden cargo ship called ‘The Fly’, finally returning to England years later in 1779. To mark his achievements as an explorer this bee, Lasioglossum smeathmanellum, was named in his honour. I captured this female harvesting a wallflower on a stone wall behind my home. A number of tiny bee species nest in the walls of our house. Often overlooked due to their size Mrs Smeathman and her minute relatives are important native pollinators and great fun to photograph.’ (above right)

Walk Along the Beech – Bruno D’Amicis

‘The oldest beech forests in Europe lie in the Apennine mountains of Italy and were recognised as a World Heritage Site by UNESCO in 2017. I’ve been working for five years to document their unique features, their biodiversity and beauty. It’s not easy to photograph in these mountain forests, as they’re hard to reach and the animals are perfectly concealed behind a curtain of trees. I’ve tried several techniques such as camera traps to capture their elusive wildlife. In this picture a red fox uses a fallen trunk as a shortcut, an image which I hope emphasises the majesty of the centuries-old trees and the wildness of these special forests.’ (below left)

‘I was looking for whales along the coast of Troms in northern Norway when I came across this group of orcas. It was a family of eight individuals hunting herring on this October day. After some minutes of intense feeding the orcas started to pop out of the water – there were heads everywhere! Sometimes there was only one, but many times they surfaced together in synchrony. They were obviously curious about my boat. It was an amazing sight.’ (above right)

For the full pdf of all 20 images click here.

We hope you enjoyed our Christmas Eyecatchers, and look forward to working with you again in 2020!

Merry Christmas from all the NPL Team x 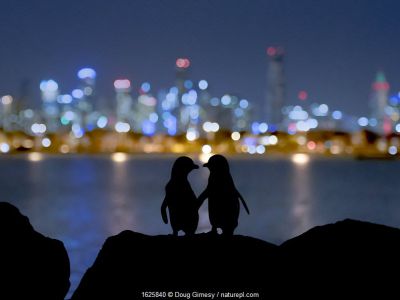 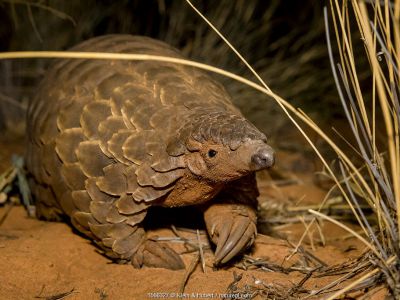 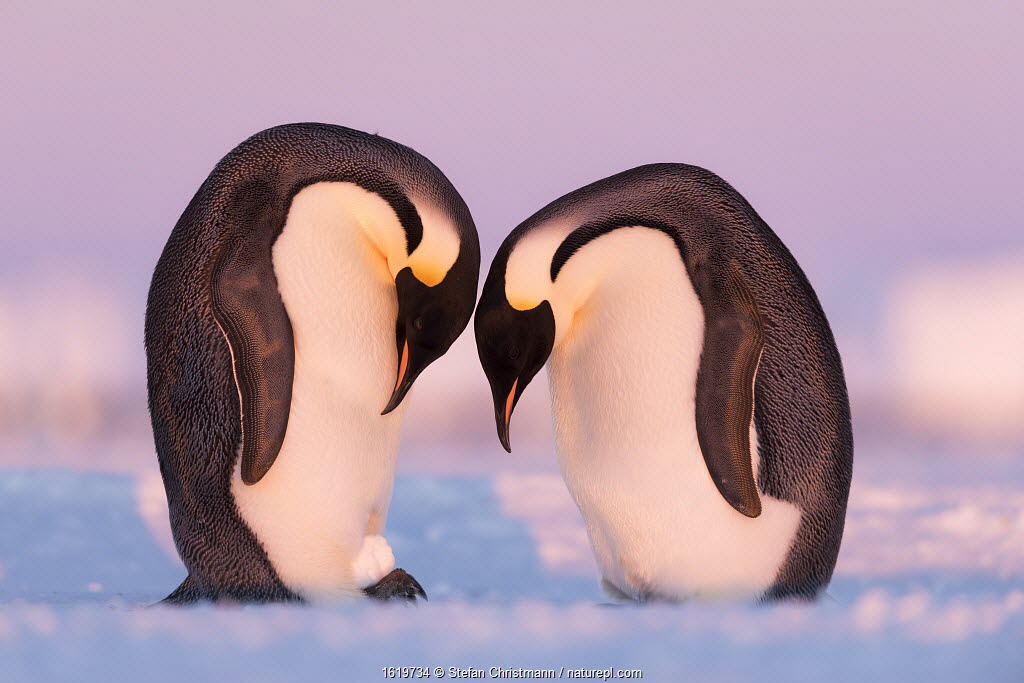 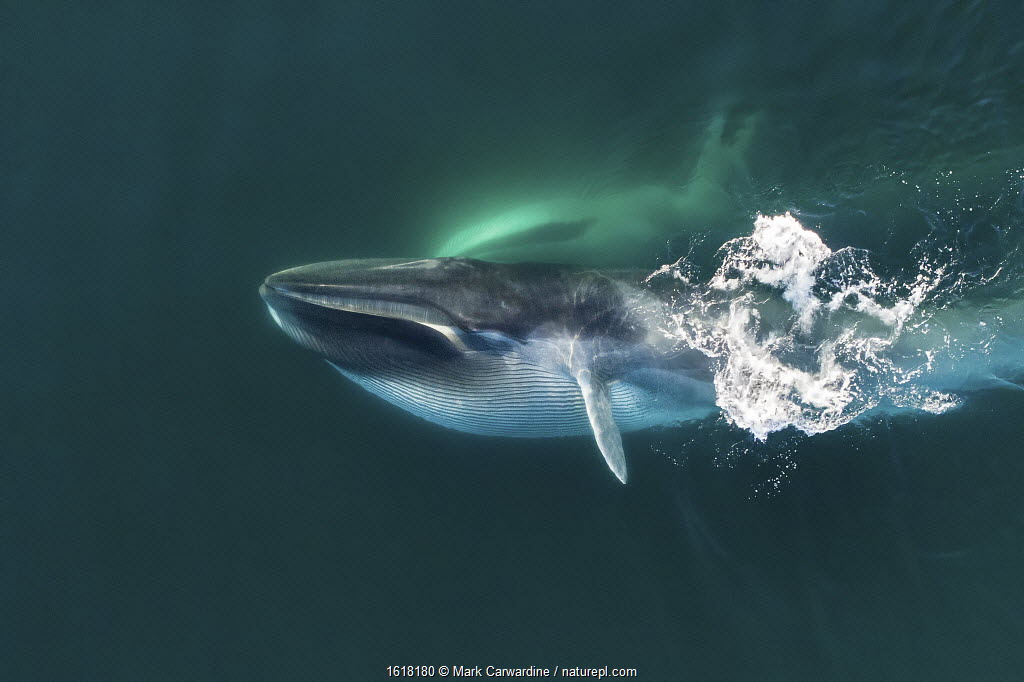 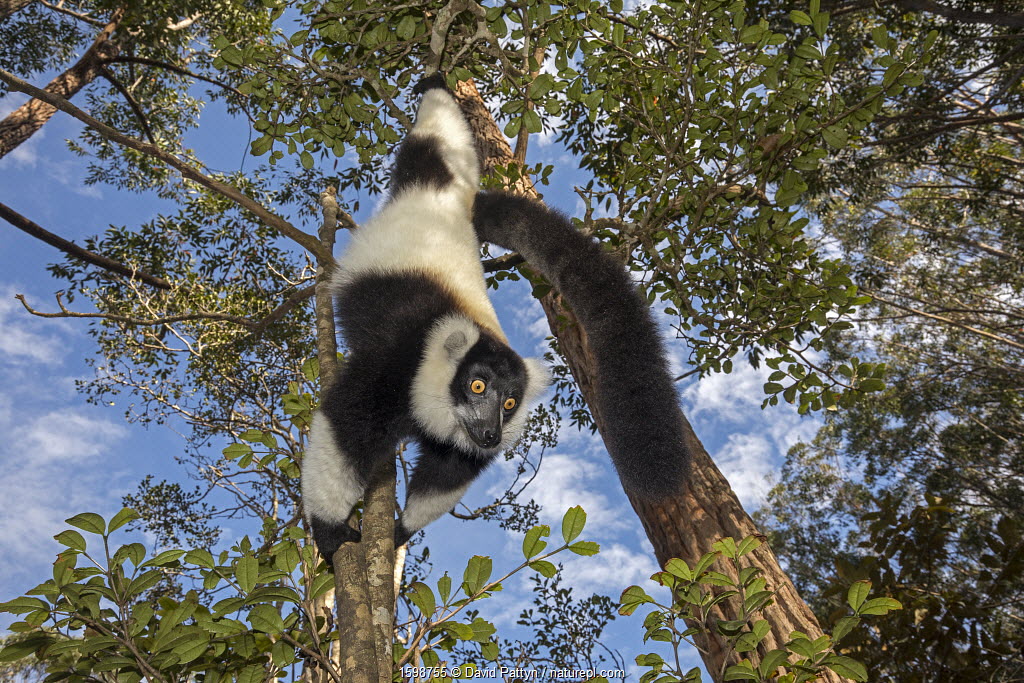 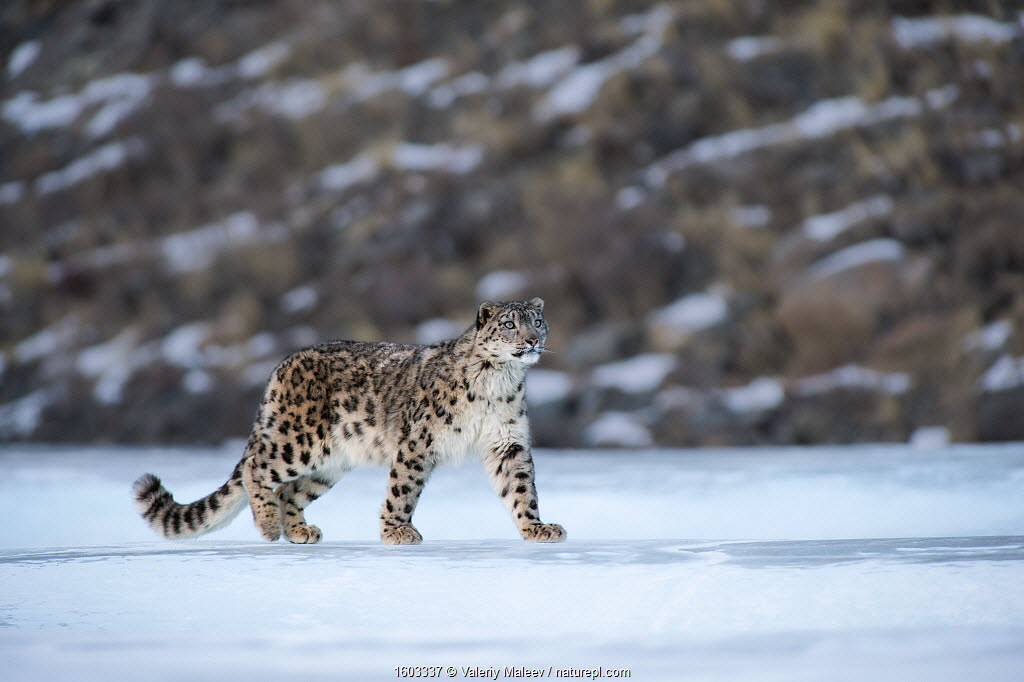 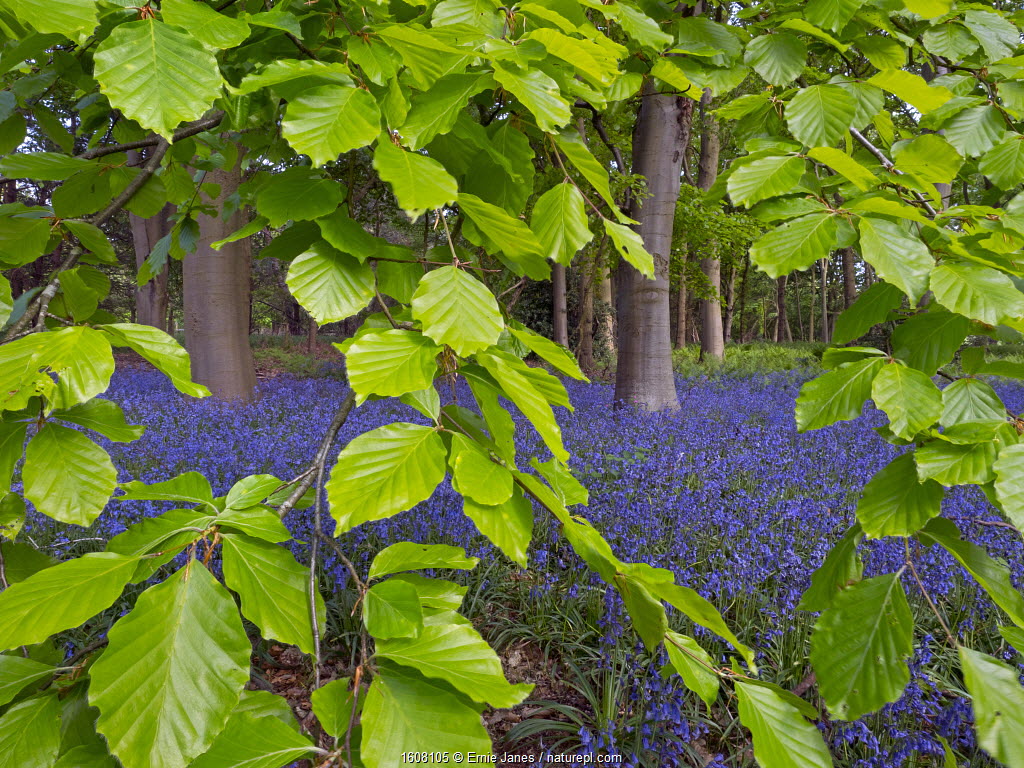 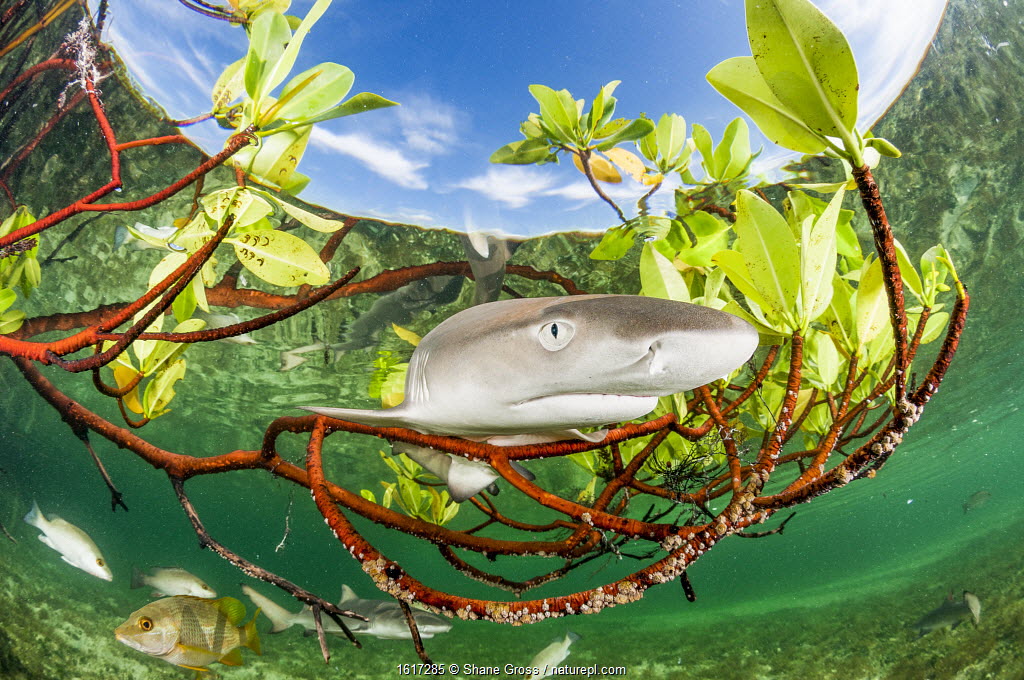 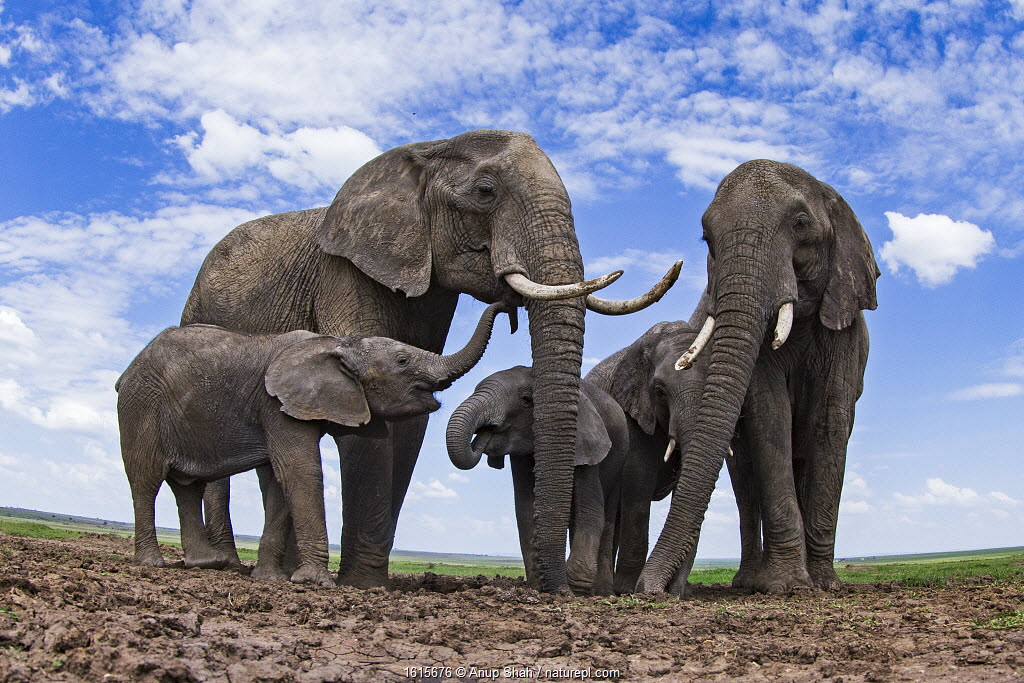 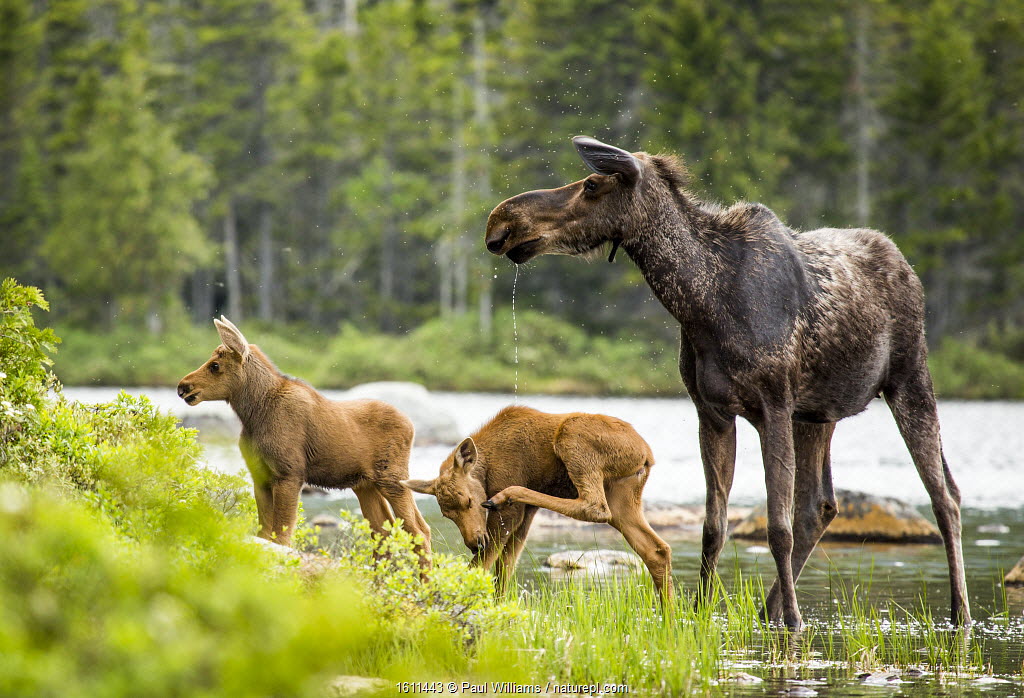 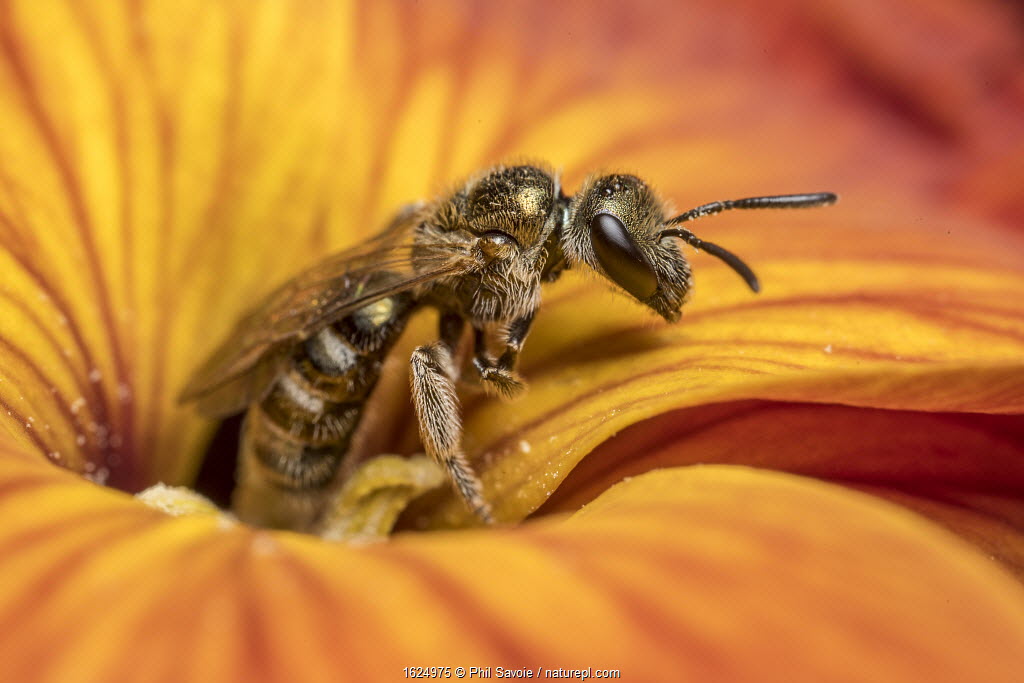 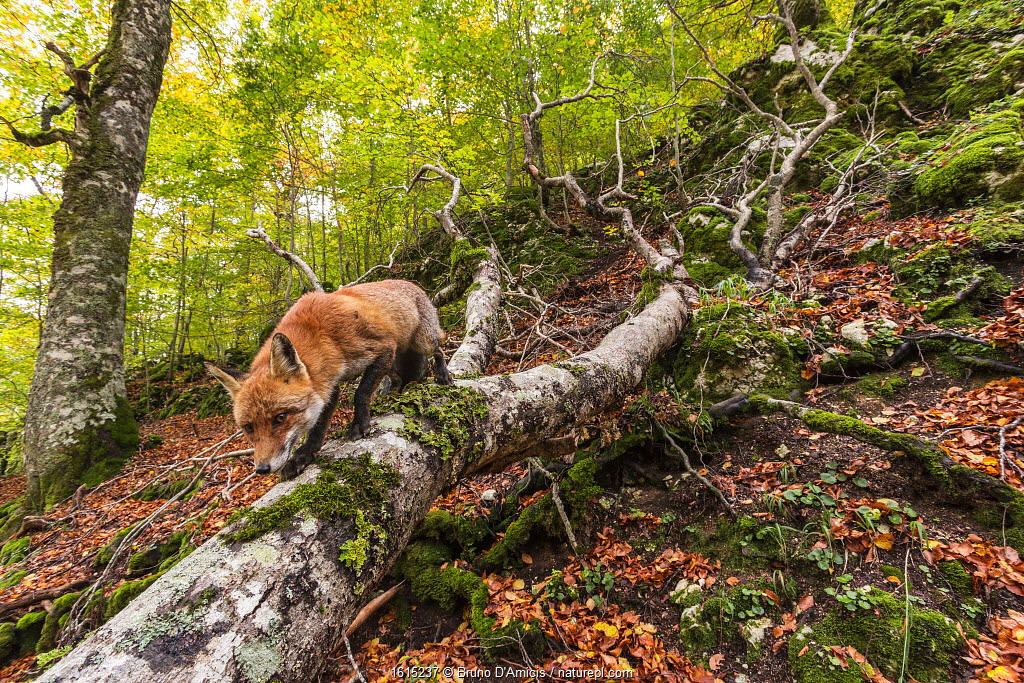 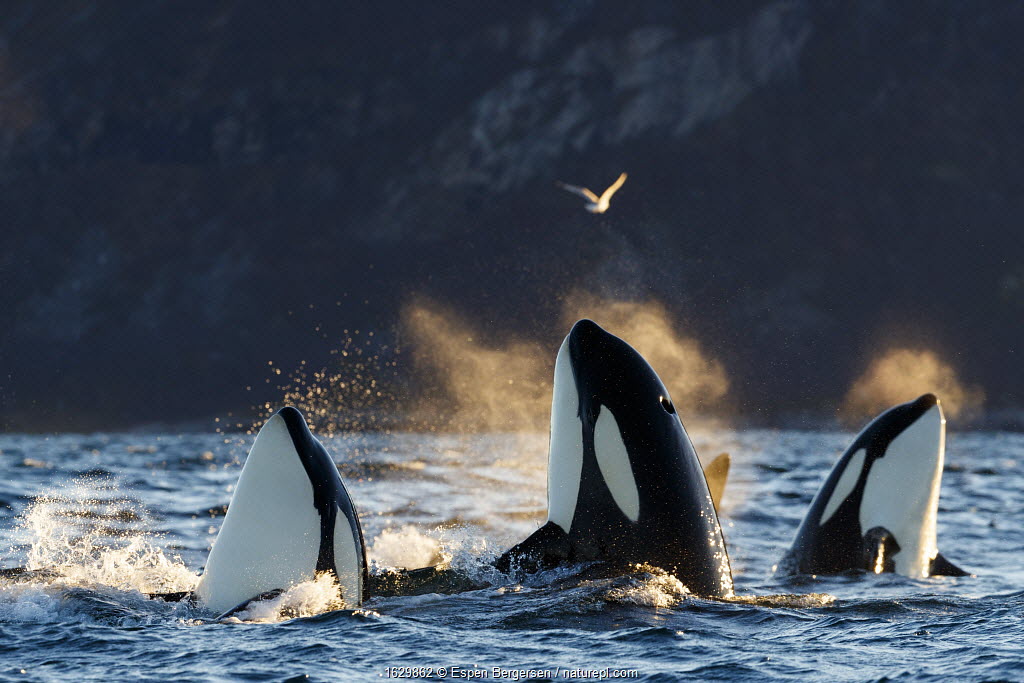