Here is a selection of our favourite clips this month. February highlights include humpback whales in Norway, butterflies in the UK, a puma with her cubs in Chile and a bird with an unusual name…

Ingo’s commitment to the puma dates back many years:

“Almost twenty years ago I observed my first wild puma. At the time, I was spending several weeks together with a friend and colleague in Torres del Paine National Park to photograph guanacos. One morning, on the way back to our campsite, a female puma with her two cubs crossed the road in front of us. It all happened so very quickly that we could not even take a snapshot. But we had seen “the ghost of the Andes”. This brief sighting burned itself deep into my memory. I fell in love with this wild landscape at the end of the world and with the majestic and elusive pumas. That day I decided to return to photograph them.”

John mentioned some of the difficulties of filming this very mobile bird:

“I believe the killdeer in the clip is searching for insects hiding just under the surface. Filming requires pursuing the animal without disturbing them. They stamp (or vibrate) their feet, probe the sand, either catch a meal or not, and then they dash off to another spot to repeat this behaviour, so you are constantly moving and setting up your gear, and hopefully starting your recording before it moves to the next spot. It’s always fun and inspiring to witness the cunning and ingenuity exhibited by wildlife, of how they’ve evolved techniques for survival that are highly tuned to their specific environment and the changes that the seasons bring.”

“Watching this clip again brings back good memories and some confirmation that conservation work makes a difference.  It also reminds me of the familiar sights and soundtrack of my childhood, when seeing large groups of butterflies on flowers was a familiar sight around my rural village home, with masses of swallows, martens and swifts nesting nearby. Sadly, that village has lost nearly all its birds and butterflies now, as “scruffy”, wildlife rich corners have been tidied up, and as agrochemicals in the surrounding fields have made them a desert for wildlife, but not all sites are bereft of life.”

The clip was taken in a small patch of chalk grassland meadow a mile from my Wiltshire home, where over 25 kinds of butterfly, some of them now nationally scarce, still find a home in a rare remaining piece of insect heaven, though its health was also threatened recently.  The site is a common, owned by a private estate, and how it’s managed is crucial for butterflies.  For many years it was cut annually by the estate’s head gardener who loved seeing butterflies, many of which need open grassland and a rich variety of flowers. The common was then left uncut for five years after his retirement in 2013, and became heavily encroached by scrub, with butterfly numbers falling fast.  Partly by showing him photos of many rare insects I’ve taken there, and by explaining the links between flower and insect variety, I’ve managed to enthuse the new gardener about the site. And with specialist advice from Butterfly Conservation, whose help I enlisted, he began cutting the common again in 2018 in a way to manage it for flowers and insects. The signs are good as 2019 was a much better year for wild flowers, butterflies and other insects, and a cut will now be done annually, attuned to the needs of many species. Long may this upswing in the site’s fortunes continue!”

Espen tells the story behind the clip:

“After a long day on the sea looking for whales, I came across an exceptionally large group of humpback whales. It was like a great gathering of all whales in the area. With my drone I could see how the whales used their white flukes to navigate vertically in the water. After a short while the whales split up into smaller groups and swam in different directions.

Norway is a good location to sight several whale species

In the early season it is not unusual so see fin whales too. We are speaking about many hundreds of Orcas and humpback whales gathered in a relatively small geographical area. Some of the flocks of humpback whales can be 30 individuals or even more in some cases. It is a feeding frenzy out of this world! There have never been documented anything like this in Norwegian history. The first whales are usually seen in late October, and the season seem to last until end of January. But as this is a relatively new phenomenon, and nature is changing, it’s not possible to say exactly. It all depends on the herring stocks. In the future it is a possibility that the herring decide to stay far out in the sea, and that we will not see this phenomenon close to shore any more.” 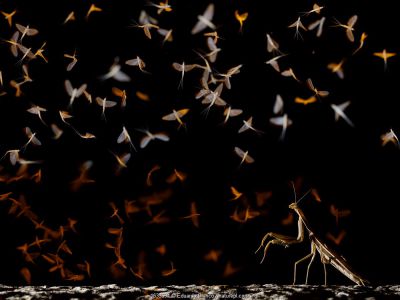 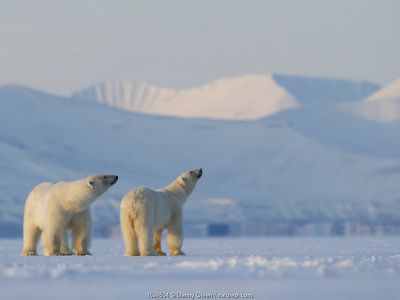